Starting Sunday, February 14th, you can pick up your weekly groceries at New Orleans City Park's Tad Gormley Stadium from 8 am to 12 pm - enter on Marconi at Navarre. As always, the drive thru is 100% pre-order and contactless! 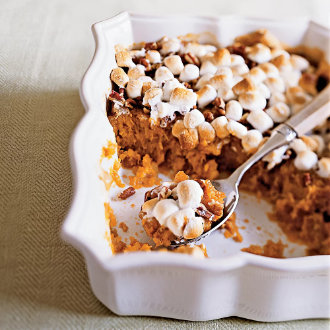 In a sauce pot, boiled sweet potato until soft (do not overcook) smashed into a big bowl

Add warm half and half milk, cinnamon, nutmeg, brown sugar, butter, maple syrup, vanilla, and a pinch of salt

Mix really well than add mixture to a baking pan

Market Umbrella is an independent nonprofit 501(c)(3), based in New Orleans, whose mission is to cultivate the field of public markets for public good. Market Umbrella has operated the Crescent City Farmers Markets (CCFM) since 1995.